Chester Bennington lost his mental health battle to suicide yesterday. It’s sad. So many people are devastated, but I am sure none more than his poor wife and children.

There have been a number of posts to come out of this that are tasteful. Some give links to suicide prevention information, some provide a safe place for people who are struggling to come sit and have a conversation. Some are just downright distasteful though.

“I am fighting the urge to comment on Chester’s death and say I tried so hard and got so far, but in the end it doesn’t even matter.”

Oh hi, person who posted this. That’s distasteful, shocking and sad that you think this should be mocked.

I used to be one of those people who thought that suicide was the weak way out. That was, until I actually decided that instead of basing my opinions off the knowledge I thought I had, I would instead do some digging and some research to develop an opinion founded on something other than my teenage mind. How closed minded I was. It’s great to reflect back and see that growth in myself and if you’re one of those people who was like me, I challenge you to do your homework.

If you’ve never felt so helpless that you don’t want to live, you don’t understand. I don’t understand, either. I don’t know what it feels like to feel like the weight of the world is suffocating you because it’s sitting on your chest. Therefore, I am not allowed to dictate how these people are supposed to feel and I can call their choices anything I want, but that sure doesn’t make me right. Nothing was ever made worse from being compassionate towards someone, but I can think of quite a few things that are made worse by shaming them.

Suicide and mental illness is very real. People hid it constantly for fear of admonishment and it’s sad. These things shouldn’t come as a surprise, but oftentimes we ignore the symptoms. Where there’s smoke, there’s fire.

There’s a common expression in social media chatter groups that “you don’t know what someone is going through outside this computer screen,” which essentially illustrates the point if you don’t have anything nice to say, you should probably shut your mouth. If it’s not productive, leave it alone. Don’t shame people for their thoughts or feelings. Don’t hurt them intentionally or unintentionally. Do no harm. Sometimes it’s not about doing no harm though, sometimes it’s about actually doing something. Showing people how to get help. Being there for them.

When I was younger, I had a best friend who was about 2 years older than I was. At the time I think I was maybe 9 or 10 and she was 11 or 12. Her mom was a lesbian and this was (and arguably still is) not something that was widely accepted or even something we were really aware of that happened in the Midwest. She was bullied so severely for her mother’s choices. I didn’t go to school with her and we only hung out on the weekends, but she was hurting. At that age, I didn’t know what to do with that, so I just played with her. I don’t even know that I was fully aware that her mom was a lesbian and nobody in my life had taught me that it was bad or frowned upon (and I am thankful, because seriously, quit with that). She hung herself in her closet one weekend and I never saw her again. SHE. HUNG. HERSELF. At that age. It was devastating, overwhelming and terrifying. I didn’t understand. I didn’t know then what I know now, that people hurt her so bad she didn’t want to wake up anymore, so she didn’t. I will never forget that.

I don’t know anything about Chester Bennington’s struggles. I do know they shouldn’t be mocked. I hope that his death with result in many conversations being had about something that affects so many people. I hope it saves a life. I hope that his family can heal from this and that his children remember him for his career and their time with him as a father and I really hope that if you’re reading this and are affected by something similar, you reach out to the people you trust and let them be there for you. You don’t have to be strong for yourself all the time. 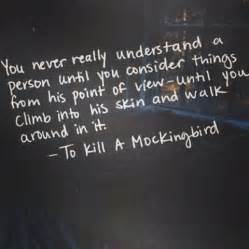 View all posts by Ashley Slattery

This is a text widget, which allows you to add text or HTML to your sidebar. You can use them to display text, links, images, HTML, or a combination of these. Edit them in the Widget section of the Customizer.
%d bloggers like this: